In refreshing the design of my 10th grade Physics course, one thing I have been attempting to do is find new ways to replace worksheets or problem sets with different sorts of activities, especially ones that promote more group work and discourse within groups. (See kinematics card sort, momentum card sort.)

For my Balanced Forces unit, I replaced the Newton’s 1st Law problem solving with a set of lab stations. These were mini practicums where students could solve a problem and immediately check their answer against the reality of the situation.

Description of Each Station

A known mass hangs from a hidden spring scale. The card is taped at the top so that it can be easily lifted to check the answer.

To increase the total number of stations, I set up two or three of these with different hanging masses.

Note: If you have the sort of spring scales that are in my photos—you can do what I did when I used them in class—just put masking tape over the back of them so it isn’t easy to see through the back and make the reading.

An unknown mass is hidden in a box and hanging from a visible spring scale. 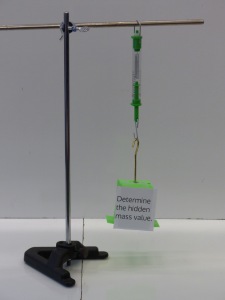 I made the box from index cards and tape. The front panel can be easily lifted to check the answer. Another option is a toilet paper tube—the perfect size for covering hanging mass sets, but not as easy for students to reset after they use the station.

A known mass hangs from a hidden spring scale. It is pulled left and right by spring scales—one hidden and one visible. 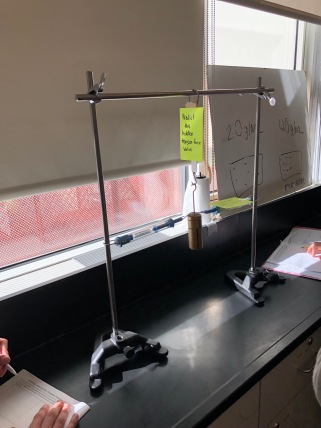 Hanging Mass on a Hoop Spring

A known mass is hanging from a visible spring scale and resting on a hoop spring that is attached to a force sensor. 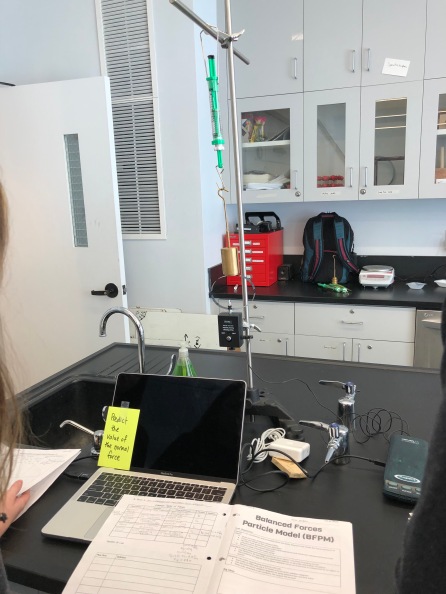 When I did this one in class, I used my computer for the force sensor and just taped an index card over the output on the screen.

This station turned out to be the “aha!” moment for most students during the activity.

Hanging Mass on an Electronic Balance

A known mass is hanging from a spring scale and resting on an electronic balance. 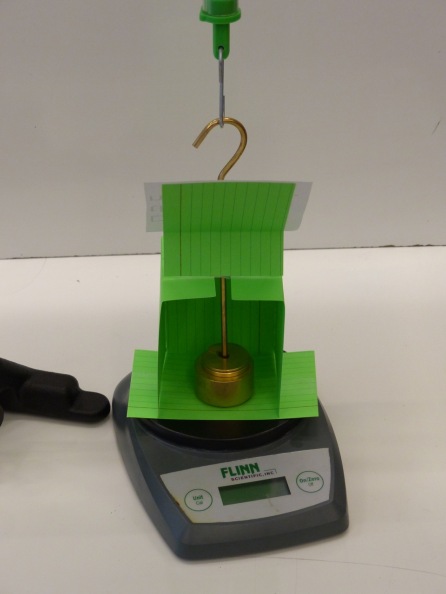 I didn’t try this station in class. It’s a new idea this summer for the next version in the fall. It should bring up good conversations about what the balance really measures. (This box is the same one from the earlier station.) 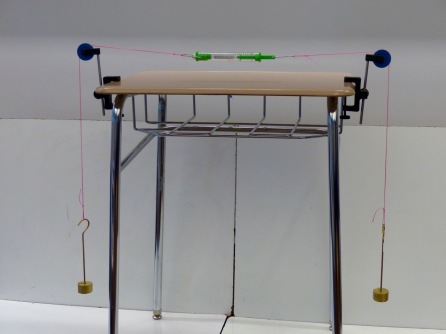 In class, I tried to do this with only one pulley and with a friction pad added to the cart, but it wasn’t very successful. The version here is what I plan to try in the fall.

One station, which couldn’t be chosen until trying at least 3 of the other stations, was an “exit ticket” station. It was done individually and not graded.

Since I was replacing a problem set with these stations and wouldn’t get as good of a view of what students were thinking, this gave me some insight into whether or not this experiment was successful. (The evidence I gathered pointed to it being pretty successful.)

For a project that I am working on with Mark Schober this summer (much more on that in a few months), I created new documents for station cards and exit ticket files. Here are images of those pages:

And here are links to the Google Docs: Station Cards | Exit Tickets. These documents, along with all content on this blog, are shared under a Creative Commons License that allows anyone to use, modify, and share their creations based on this work—as long as attribution is given, and as long as it is not sold (or put behind any sort of pay wall).

The pages in the packet for this activity look something like these: 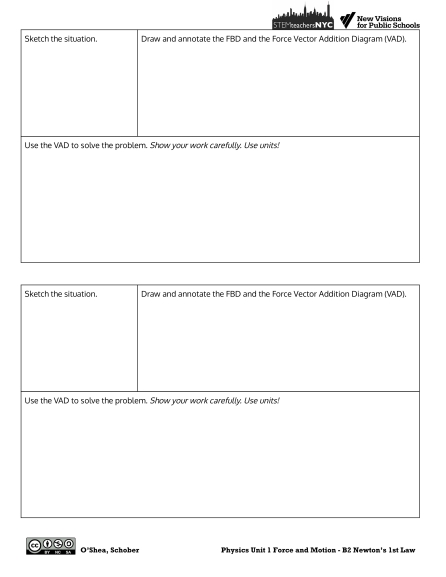 They give space for students to draw (and annotate) diagrams (and then solve the problems) without too much additional structure.

Here is a list of Brian Frank’s blog posts that led to developing this set of activities: Force Challenges | Friction Stations | Another post on forces. So many, many thanks to Brian for sharing so much of his thinking and ideas.

Thank you to Mark Schober for helping set up and take these photos.

Thank you to our Academic Dean, Allison Isbell, for coming to observe my class when I first nervously implemented this activity—and then helping me recognize have the idea for adding exit ticket stations when my second section tried it the following day.

Final thank you goes to the 10th (now 11th) graders who were cheerful guinea pigs for my many experiments this year. I couldn’t have had a better first cohort in this new course. 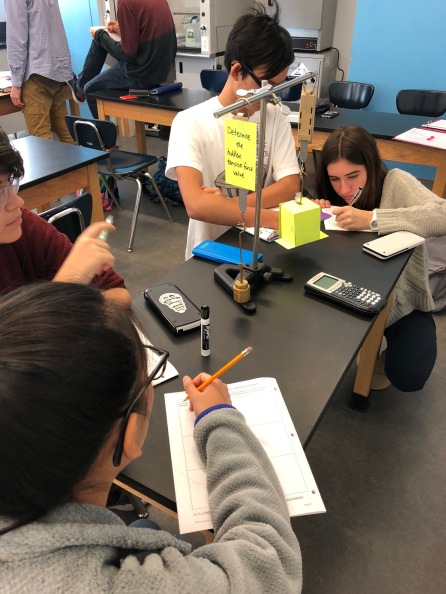