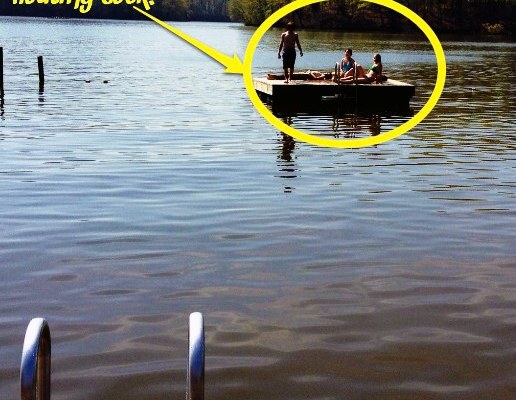 So. Josh* took my Honors Physics exam review activity and expanded it into something bigger and better. As I was reading his post, though, I started thinking about my regular physics classes. They would really like something like that. Of course, I also had to make it my own.

I am curating a set of 12 goal-less prompts to be handed out at the start of the year. All of the prompts are based on students’ lives at St. Andrew’s School (SAS). They are going to spend the year working on incrementally better analyses of objects and situations that interact with them every day. This class just got relevant. Or, more relevant. Physics was already pretty pervasive in their lives. You know.

Assign in some way (random? let them pick? something in between?) a problem to each student. That problem belongs to them for the year.

All students get to work on all problems, but the student who has ownership of each particular situation will be the point person for taking any needed measurements and for (hopefully) getting a little obsessed with what is going on there.

Every two or three weeks, spend a class day (a double period?) devoted to working on the analyses.

As they move through the course and acquire more ways of representing, explaining, and predicting their world, they will see more aspects of their situation that they can model, and they will see pieces of their earlier work that can be enhanced.

At the end of the year, the point person for each problem will put together some sort of presentation (probably a poster) that communicates the work that they’ve done this year. I think (and hope) they will also feel pretty legit about their work and understanding in physics class this year with something that significant in their pockets.

Some of these prompts are going to need more explanation than others since they are all tied to the particulars of SAS life. The actual text of the prompts that I will give to the students will be only the short part in bold type. The rest is an explanation here to give more context for non-SAS readers.

I am also still short about 2 or 3 prompts. I have a couple more weeks to figure it out, and I think some good ones will come up quickly when I get to chat with faculty friends after meetings in the near future. 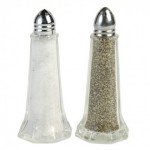 Salt shaker game: A popular lunchtime game while waiting for announcements to start, the salt shaker game involves sliding the container across the table and trying to get it as close to the edge as possible without it falling off. 1 point for getting within a finger-length of the edge, 2 points for getting within a knuckle-length of the edge, 3 points for hanging off the edge (unless the other person is able to successfully flip the shaker and have it land correctly). 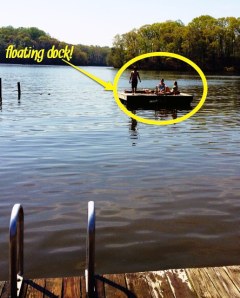 Soccer: This sport is played in the fall (both boys and girls teams) and in the winter (SAISL—St. Andrew’s Indoor Soccer League), so it should provide plenty of opportunities for analysis. I thought I would choose a sport, broadly, for one prompt, and soccer seemed like a good one for various reasons. Of course, we’ll see!

Riding a skateboard down the gully (while wearing a helmet!!): The gully leads down from where I live near the junior girls’ dorms to the crew dock. It is dangerously traversed by many a freshman boy on a skateboard. Just how dangerous is it? I think we might find out this year. By physics, not by accident. I hope! I’m not sure if the picture does the hill justice, but I couldn’t find a quick way to get a better perspective shot of it.

SAS school bus trip with Lonnie: Everyone’s favorite SAS bus driver (seriously, the girls lacrosse team even has a play named after him), Lonnie’s trips are always an adventure. In the right hands, I think this could end up as an amazing project. I also wish I had a photo of Lonnie to put here.

Squash cannon: First, a note from the squash/tennis coach in response to an email inquiry from me (with the context stock photo added by me—thank you Google Images!)—

We have two squash cannons and a tennis ball machine. The squash cannons we use a lot, and we had a lot of trouble with them last year–problems with the drum cracking and some with the motor or something, but when they worked they were great. The tennis ball machine isn’t is as good but it can still be useful; the main issue is we only have one plug out there on the courts, so you have to use court 5 to use it. The squash one allows you to set and vary the pace, height, & timing of the ball, and the tennis one you can adjust the topspin and underspin as well as the elevation.

I was looking for a repeatable projectile launcher that students encounter “in the wild” of the SAS experience, and the squash cannon seems to be a good fit.

Sledding down the hill in front of Amos: Assuming we get some snow around here eventually, there will most certainly be some sledding down the hill. The window in my classroom points directly at the action, and there is a lot of fun physics to model. Note: do not sled down the hill (a) on top of other students, (b) while standing on a sled, or (c) while on a bicycle (even if it worked the first few times). No broken collarbones in the name of a physics project, please! Also note: the photo proved more challenging to take than expected. Sorry.

The Prowler: I’ve seen students pushing this up the gully before, though apparently it has moved to its new home in the field house. A note from the trainer in response to my inquiry about it—

It’s called a “Prowler”. It’s a push sled with multiple height handles and a spot to add weights. I changed the “skis” on the Prowler so they only will work indoors now on the track. I think it’s a great idea to use them for class!

Apparently it has a notice on it that says “may cause nausea”, and according to this video that a quick youtube search produced, professional MMA fighters apparently train with it. I think this one will be great!

Baseball pitching machine: I am not as sure about this one, since I am not yet 100% sure that it will be possible to take data before the spring (I’m working on that). If it is, though, I think students would find it compelling.

Mattress collision: Apparently some students like to organize matches where everyone grabs his mattresses, runs toward each other (2 at a time), and collides. Ah, boys’ dorm. I’m not 100% sure about this one yet either, but if it works out, it could be a good analysis.

As I said before, I need a few more good situations for my collection to be ready for the start of the year. I’m especially hoping for another one that involves a good (and safe) collision. I can think of some SAS events that would be really fun to analyze, but only happen at a particular point in the year, so they aren’t going to work for this project.

At the end of the year, assuming this project is a success and that I would want to do it again, I plan to ask students on course evaluations which topics were the best, which should be chucked, and what should have been on the list, but wasn’t.

I’m sure there will be a new post about this project in May/June with some results.

What do you think, Internet physics friends?

* Note: Josh’s students regularly play against my students in sports. Whenever I am watching the two teams play, I’m always thinking something like, “If they were to start talking about IF charts or PMPM** or what objectives they need to test right now, both teams would totally get it! Ha!”***

*** It’s no surprise I’m just that nerdy, right? I write a blog about teaching physics…