“LOL diagrams are my life.” —Honors Physics student from 2010

I have to admit, first of all, that I wasn’t expecting to love energy bar charts (when I first heard about them). I didn’t originally learn to solve energy problems that way, and when I first saw them, I thought it was a silly waste of effort. I especially hated the name (“LOL diagrams”), thinking it just served to emphasize how ridiculous the entire exercise was.

When I tried them with my classes (silly as they seemed, I wasn’t going to ignore them entirely until I found out that they were useless for the kids, too), I was shocked at how effective they were at helping students structure their thinking about how energy is stored, how energy is transferred, and how energy is conserved. The next year, I used them with my Honors Physics students, too. Those classes couldn’t believe that I could have ever taught energy without them. More importantly, when we started tackling more difficult energy problems later that year (calorimetry problems, etc), those students found the new problems to be trivial. They immediately just drew LOL’s and were able to solve the problems every time. The year before (with an incredibly strong class), that topic had been one of the hardest of the year. I was sold.

What are LOL diagrams?

I’ll lay out the first few LOL diagrams that we draw in class. To start, we take this first problem and work through it a few times (the first couple times together, then I let them do the other variations on their own, then we whiteboard them). I’ll put the diagrams first, then outline some of the features below.

A car on a frictionless roller coaster track, launched by a huge spring, makes it to the top of the loop.

With each LOL, we also practice using the diagram to write an equation for the conservation of energy in this situation. So after making that sketch, we update it like so:

What if we take a different snapshot?

Let’s look at the same initial (spring compressed, cart not yet moving), but change our final snapshot to the cart when it is only halfway up the loop.

Let’s make this LOL make sense with respect to the ones we were drawing for the original situation so we can compare the amount of energy stored as K, Ug, etc.

Enough with the examples for now.

LOL diagrams are a way to represent how the energy is stored in the chosen system during various snapshots and to represent any changes in total energy for the system. Each “L” represents how the energy is stored during a particular snapshot (instant). The “O” shows the objects inside and outside the system. If there are any objects outside the system doing work (or doing heat or, I suppose, doing radiation (though that doesn’t so much come up in my class)), that object is written outside of the “O” with an arrow connecting it to the system and showing the direction of energy transfer. The arrow is labeled with the type of interaction that is causing that transfer of energy (in the example above, the interaction is the spring force (Fs) that the spring exerts on the cart). Even though we don’t start calculating work done right away (we stick to a bunch of qualitative problems at first to work up our LOL chops), getting the habit of labeling the type of interaction is really useful for later.

Oh, and in case it isn’t apparent already, the name “LOL diagram” is descriptive of the shape that the diagram makes. Students love this diagram not only for its utility in setting up solutions using the energy transfer model, but also because it has (what they consider to be) the most excellent name of any of the physics diagrams. After seeing how great they are in action, the name has stopped bothering me, too. 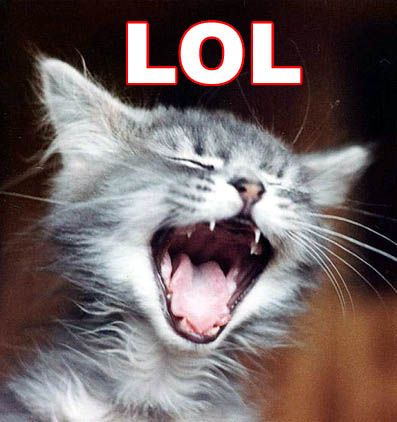 Another great feature of LOL’s is that they are extensible to showing multiple (more than 2) snapshots in the same diagram. So you can have LOLLLLL’s or LOLOLLL’s, etc (with the subsequent O’s only being necessary if the total energy of the system changes between later snapshots).

A quick example: An object is launched upwards using a compressed spring.

We’ll take snapshots at each of the three times shown in the figure.

Conservation of energy equations could be written for any pair of snapshots (L’s) if you were to keep going and do some quantitative work with the problem.

For the rest of this post, I will outline some of the best tips I have for making good use of the diagrams with high school physics students. These are all tweaks or changes that I have made over the past 3 years in the way that I present the diagrams to students.

For a while, I drew my diagrams with bars where the heights were qualitatively important. I noticed that even though I talked about doing that, and even though I did in fact always do that myself, my students almost never did. It generally led to them drawing LOL diagrams that looked “unbalanced” even when energy was not being transfered across the system boundary. They had a lot of trouble with the carefulness required to make those very qualitative drawings work.

Last year, I started having them always divide bars into blocks (as I drew above). That made easy to see whether the drawing was meant to look “balanced” or “unbalanced” since it was always easy to count the blocks.

To keep it clear, I suggest that they draw half-blocks as triangles (as I did in one of the diagrams above). There is no guessing whether a particular block is supposed to be shorter than others or whether the drawing just wasn’t very precise.

Oh, and the “x” on the axis means, “I’ve thought about it, and this is zero.” It keeps the chart from looking like it wasn’t finished.

Thinking back to the blocks, it is also best (in my experience) not to have them represent any actual amount of energy. That is, if there are 3 blocks drawn of K and 1 block drawn of Ug, that doesn’t necessarily mean that there is 3x as much energy stored as kinetic energy than as gravitational interaction energy. Students sometimes really seek to make the graph extremely quantitative, but it ends up being a crippling desire. They should usually be able to draw the complete LOL before knowing any actual numbers in any problem. And when they try to make it extremely quantitative, they end up drawing (or finishing) the diagram at the end of their work (so that it will be “right”) and completely lose the value of drawing the diagram in the first place.

Really, only the change in the amount of energy stored as each flavor matters when diagraming the problem.

So in sum, the diagram is always a qualitative one since the blocks don’t necessarily correspond to a specific quantity of energy.

In my experience at least, students have a MUCH easier time of things when they write one big equation from their LOL and use it to solve the problem by plugging other details into the One Big Conservation Equation (rather than getting caught up calculating a million tiny things using the little energy formulas all over the place). It helps them organize their approach and not get lost in the details once they start algebra-ing it up.

So starting this year, I had them practice writing the equation (as I did in the images above) for all of their qualitative LOL’s. So far so good (with Honors Physics). The real test will be to see how much this helps out the regular physics classes (getting there soon after spring break). It helped quite a lot last year when I had them go back and try it (on qualitative problems) once we were halfway through the unit (and struggling mightily).

Calculating the work: Use a graph

Calculating the work by always using a graph (we actually don’t even have an equation for it at all in my Honors Physics classes right now) came about through two things: 1) my trying to embrace graphical solutions wherever feasible and 2) hoping that it would help them understand the value of putting a spring inside the system (and keep them from calculating work that a spring does with Fs*∆x using only the initial (or final) value of Fs—a common trouble for students in previous years).

This move has been a huge success. They seem to have a better understanding of what they are doing. The spring-work problem is basically gone.

Here’s quick screenshot of some student work from this year showing an LOL and a graph calculating the work done. It is missing the label on the arrow, but otherwise looks good (there was more to this problem, but I just grabbed the relevant bit).

Last bit of advice: always draw your own LOL diagrams correctly (with every detail drawn in that you would want them to draw). I sometimes found this tough when I started using them because I had another way of thinking about it in my head. But when it comes down to it, most of the students will do it the way they (think they) see you do it. If you skip steps, they will skip steps (though maybe not always the same ones). You understand the concepts well enough to skip the steps, but they don’t, so they will just have holey understandings and have trouble doing energy problems (usually the same trouble they would have had if you’d just done this all with equations and no diagrams anyway, so doing it poorly probably isn’t overly harmful, just not helpful). So. My advice is:

ALWAYS write in your system. Try to do it first, before drawing any of the bars.

ALWAYS draw the LOL before jumping into equations

The hard part of solving any problem should be drawing an accurate and relevant diagram. Turning the diagram into an equation is super easy. Writing an equation with no diagram (or a cursorily drawn one that skips steps) is as hard as drawing the good diagram, except now with bonus difficulties of abstract symbols, easy-to-make sign mistakes, etc. So load the physics into the diagram and let the algebra be easy and sort itself out from there.